One of the things I was most surprised to find that Beppu had in the surrounding area when I got here was the African Safari. Although it’s located a bit further away from the central city area, it’s still a popular tourist spot and a good way to spend half a day or so, plus you can get there by bus from Beppu Station.

But the best thing about it? You can feed the animals!!

The safari has two options for how to get around it: either take the ‘jungle bus’, one of several animal-themed buses, from which you can feed the animals, or like in most safaris, you can take your own car. I can’t drive, so I haven’t done the car version, but I took the jungle bus.

A bus departs from the entrance about every 20-30 minutes on weekdays, and every 10-15 minutes on weekends, so no matter what time you arrive, you won’t have to wait long to get on one (although on busy days or holidays you may have to wait for the next bus, I went on a weekday so it was pretty quiet). For adults (high school age and above), the jungle bus ticket is 1,100 yen, and 900 yen for children (elementary school-middle school age).

Each person or pair of people (provided you actually know each other) gets one tray of food (pictured above) to feed the animals, and also some tongs, which are in a holder inbetween each pair of seats. Each tray had food for the mountain goats, the bears, the lions(!), the elephants and the camels. I love all cats, big and small, so getting to see a lion right up close and look into its eyes as it stared right at me was one of the most amazing experiences (the photo below is through the safety grille on the jungle bus, through which we fed the animals with the tongs). 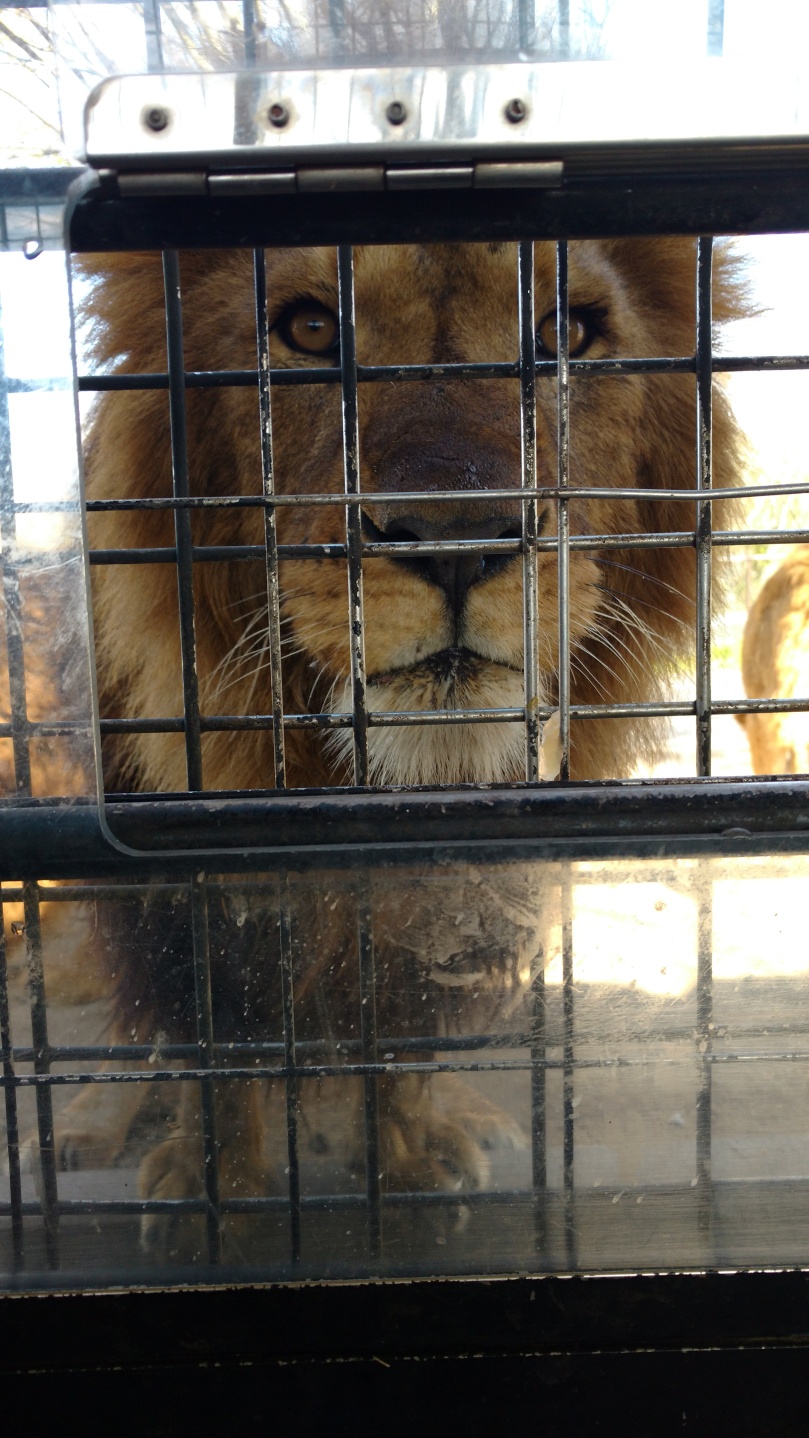 As well as the animals you can feed, there’re also other big cats like tigers (even a white tiger!) and cheetahs, and also zebra, giraffes, bison, deer, rhino and antelope, so it’s a great place to see plenty of animals in a nice wide open space, unlike at zoos, quite a few of which in Japan seem quite small compared to those elsewhere.

If you’re hungry either before or after your safari experience, there are 4 places where you can grab something to eat (2 restaurants and 2 cafes), and if you want to get even closer to some animals, there’s both a ‘dog salon’ and a ‘cat salon’ (more like dog and cat cafes), an area with smaller animals like rabbits and guinea pigs, and even a photo salon where you can apparently take photos with lion cubs (depending on the time of year and the cubs’ health).

I really enjoyed my visit here, and definitely recommend visiting here while you’re in Beppu, there aren’t many safaris here in Japan after all! And how many chances are you going to get in life to look a lion in the eye?